This is the jet from Nolan. Ultra wide visor, VPS sunscreen (adjustable in various positions), Air Booster Technology upper ventilation System, peak (available according to segment - characterized by a movement which is coordinated with the visor) and set up for the N-Com communication system make the N40-5 an interesting jet for both the scooter and the motorbike sectors.
ULTRAWIDE VISOR
The large surface of the S/R (Scratch Resistant) visor makes it possible to have a broader view, also lateral, thus highly increasing active safety. It is also able to protect the rider’s face from water and wind while guaranteeing air circulation within the helmet, if used in jet configuration.

VPS SUNSCREEN
Moulded out of LEXANTM*, it is S/R (Scratch Resistant) and F/R (Fog Resistant) treated and offers UV protection up to 400 nanometres. It can be easily removed for maintenance and cleaning and is fully-adjustable.
*LEXANTM IS A TRADEMARK OF SABIC

VENTILATION SYSTEM + AIRBOOSTER TECHNOLOGY
The exclusive “AirBooster Technology” upper system ensures optimal ventilation where the rider’s head most requires: the air is extracted from the upper air intake and forced into the most critical areas, avoiding any dispersion, to guarantee maximum comfort also in extreme riding conditions. Moreover, the ventilation system features:
- a visor air intake this allows ventilation at mouth level and directs air straight to the visor, limiting fogging;
- rear extractors they allow for the expulsion of hot and stale air, guaranteeing optimal comfort inside the helmet.

VISOR/PEAK COORDINATED MOVEMENT
Made in LEXANTM* polycarbonate, it can be adjusted between two positions in order to guarantee increased comfort in various conditions of use. Furthermore, the peak is characterised by a system which coordinates its movement with the visor. During the final stage of opening, the visor reaches the peak, which moves upwards, thus allowing the visor to completely clear the field of vision. On closing of the visor, the peak initially remains in the position of maximum opening previously reached, to then be automatically pulled downwards to lock into its original position.
*LEXAN IS A TRADEMARK OF SABIC

READY FOR N-COM
The helmet is set up and approved with installed N-Com communication system and innovative ESS (Emergency Stop Signal). 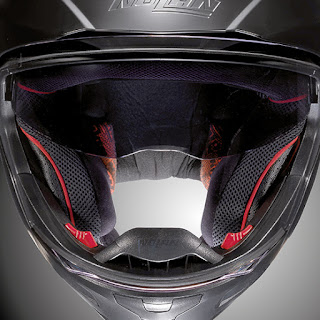 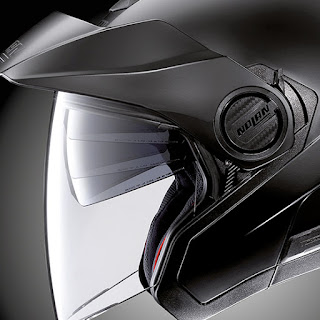 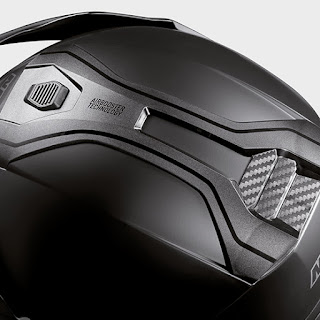 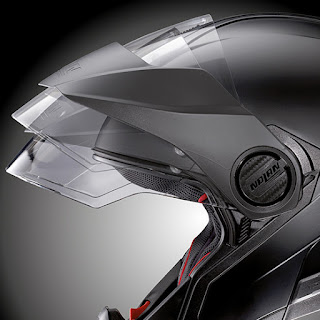 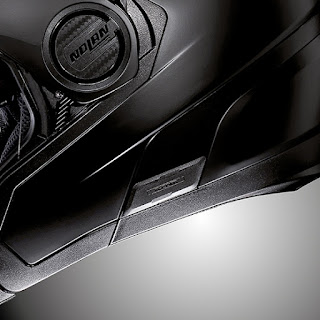 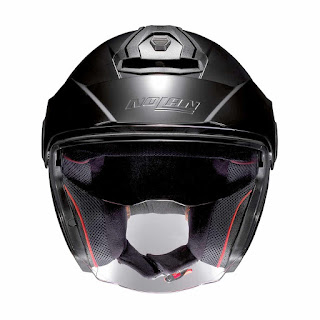 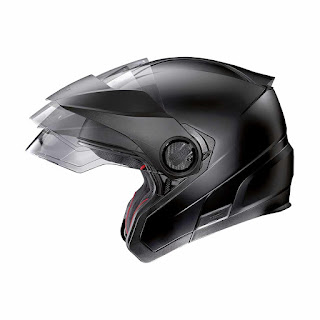 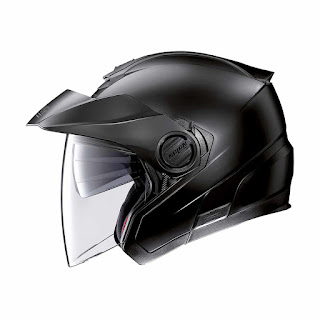 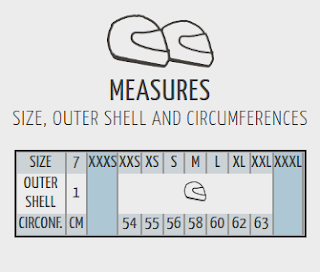