Maverick Viñales : "If we’re at 100% we know we can be there fighting for the win."
Valentino Rossi : "Here is a very particular track and one of the most difficult - it’s very long and has lots of different corners, and is very demanding for the tyres, and riders."
Marc Marquez : "We’ll see on Sunday if we can fight for the win."
Cal Crutchlow : "I look forward to the challenge of this track because there are so many corners."
Alvaro Bautista : "I feel that my performance with this bike and team is really good so I’m just trying to keep this level."
Johann Zarco : "I hope to always be in top positions because I think if I push like this I can setup the bike and set my mind up for the pace – and be ready for the race."
Sete Gibernau is reunited with the 500cc Suzuki RGV-T, the same bike he took his debut premier class win on back in 2001 at Valencia!
2000 500cc World Champion, Kenny Roberts Jr is inducted into the Hall of Fame alongside his father, Kenny Roberts Sr!
Kenny Roberts Jr joins his dad Kenny Roberts Snr as a MotoGP Legend!
King of COTA, Marc Marquez, ends day one fastest at Americas GP.
P13 for Jack Miller on the opening day at the AustinGP.
P17 for Tito Rabat on the opening day at the AustinGP.
P2 for Johann Zarco on day 1 of the AmericasGP!
Johann Zarco - Position : 2nd - Time : 2'04.347 - Laps : 34
"We started the weekend in a very positive way and I’m looking forward to pushing more tomorrow. Today I ran a lot of laps on the medium and used tyres in order to get up to speed. Then, at the end of the FP2 session, I went out on the soft compound, which clearly works well at this circuit, and my feeling was strong which is why I could ride a quick lap like in qualifying. We made the right choice by choosing to complete some distance first, and then when we needed to cut the time, I produced a lap which put me in second, so right now the situation is perfect. The track is tough with the constant changing of direction as well as a lot of hard braking points and it costs energy, plus it’s a bit bumpier than last year. However, even though I am still learning, everything is going well so far. We will continue our work tomorrow for the race on Sunday, but before that, I am confident that I can produce a positive qualifying performance." 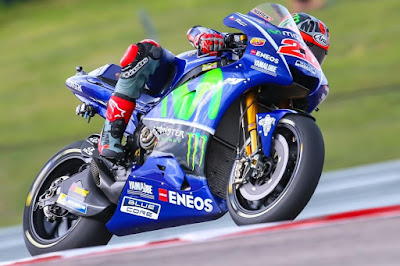